Project Studio Tea Break is a monthly podcast. Subscribe to our RSS feed and never miss a new episode:
http://www.projectstudioteabreak.com/feed.xml 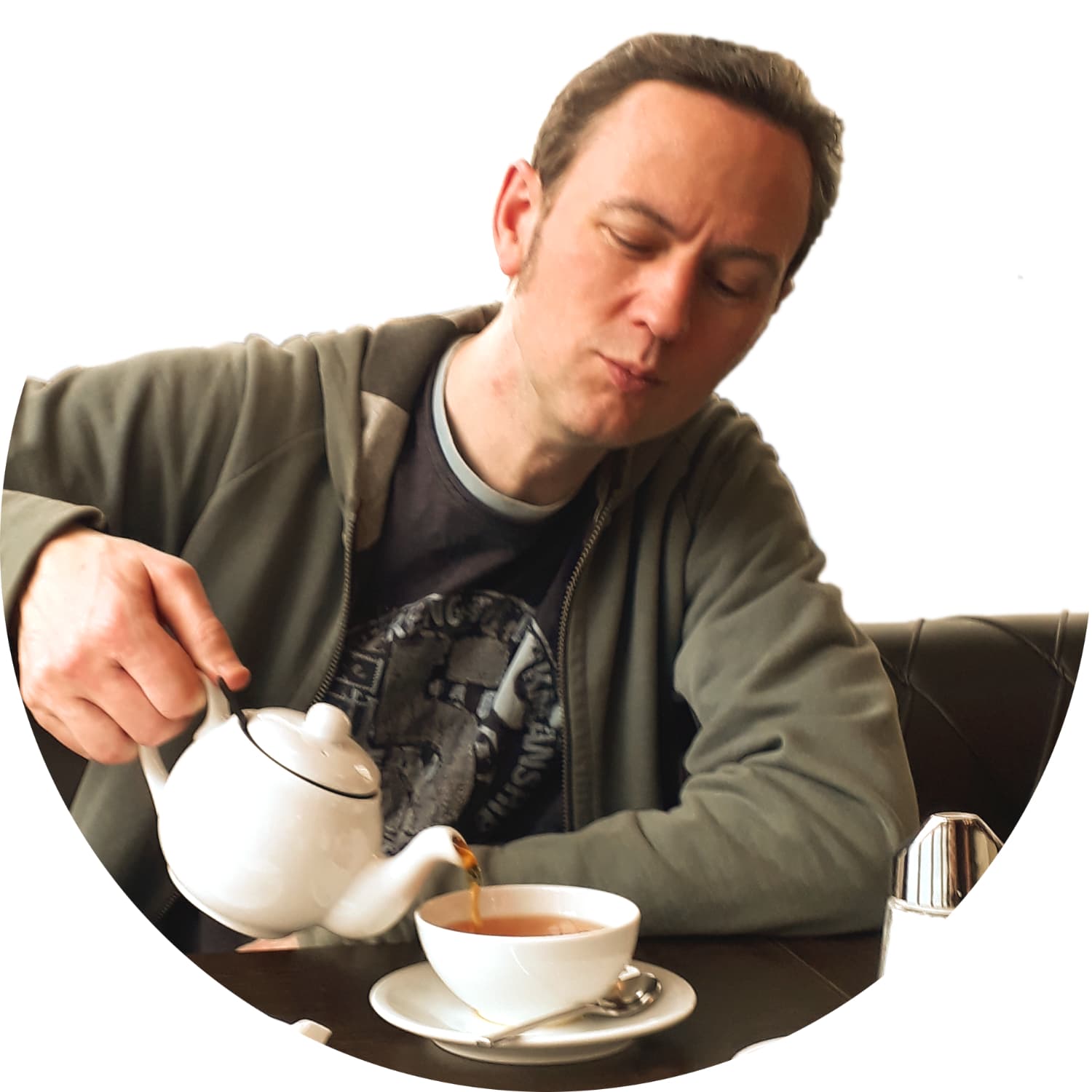 He also hosts the Cambridge-MT educational site, including the web's largest free multitrack download library for students/teachers of mixing. Like most studio rats, he'll drink practically anything brown and wet, but given the choice it'll be milky Earl Grey every time. 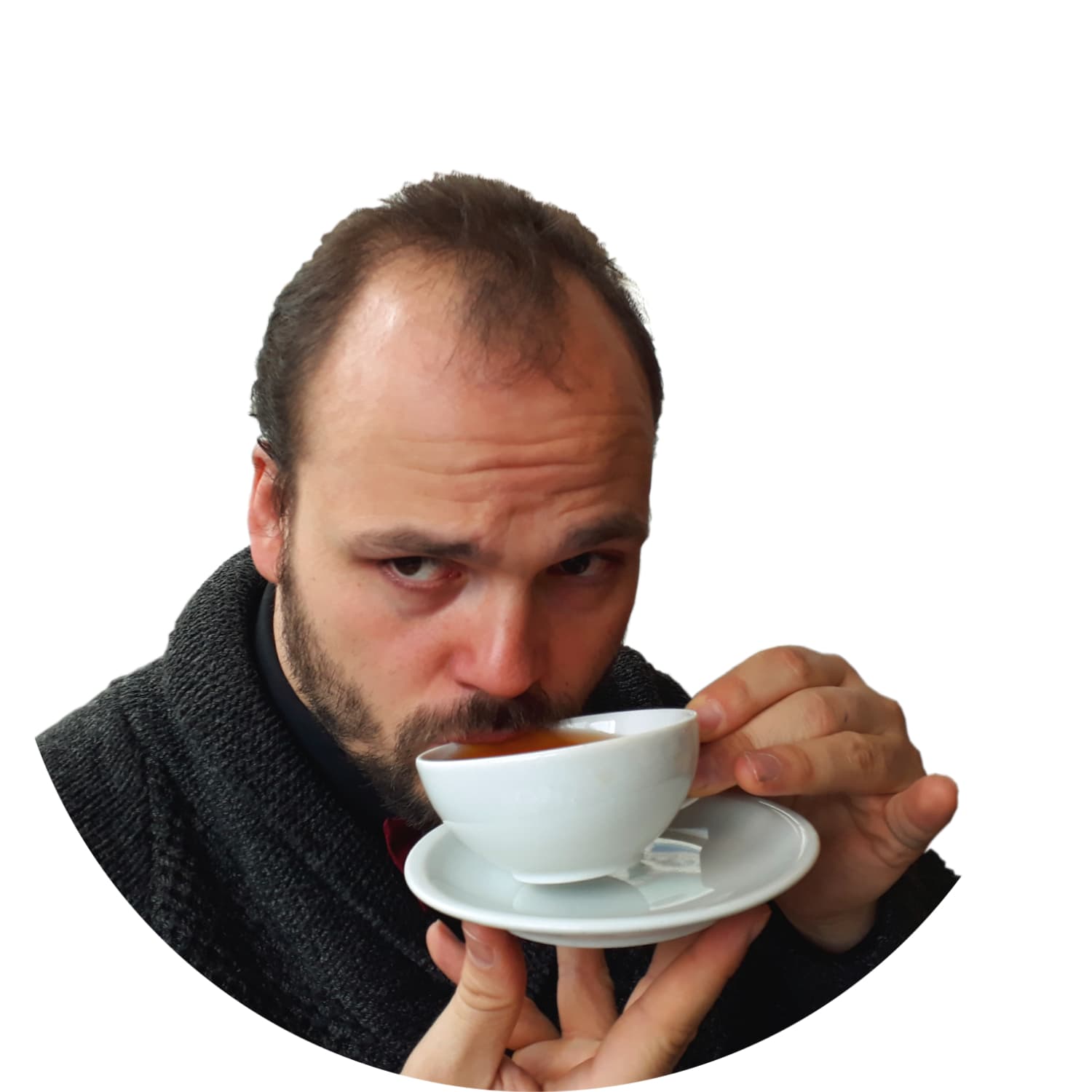 Jon a composer for dance and theatre who's taken to podcasting like a duck to warfare.

He's collaborated with alt-j, Sam Lee, Charles Castronovo, and performed on the Glastonbury Acoustic Stage, Later... with Jules Holland, and Tiny Desk. He even once saw Paul Simon topless.

He prefers teas with unpronounceable names and rich histories he can waffle on about in company: Roibos, Mate, Tieguanyin, you get the idea.

We send you links to all the nonsense mentioned in our podcast each month, sacrificing the cleanliness of our search history so you don't have to.

Support our free monthly Project Studio Tea Break podcast by buying us biscuits (both literally and figuratively) via our Patreon page.

We post exclusive extra goodies on the Patron's Feed each and every Friday, including highlight/blooper reels, videos, behind-the-scenes images, additional news/Q&A items, and our unsurpassable bespoke Toast Foley! 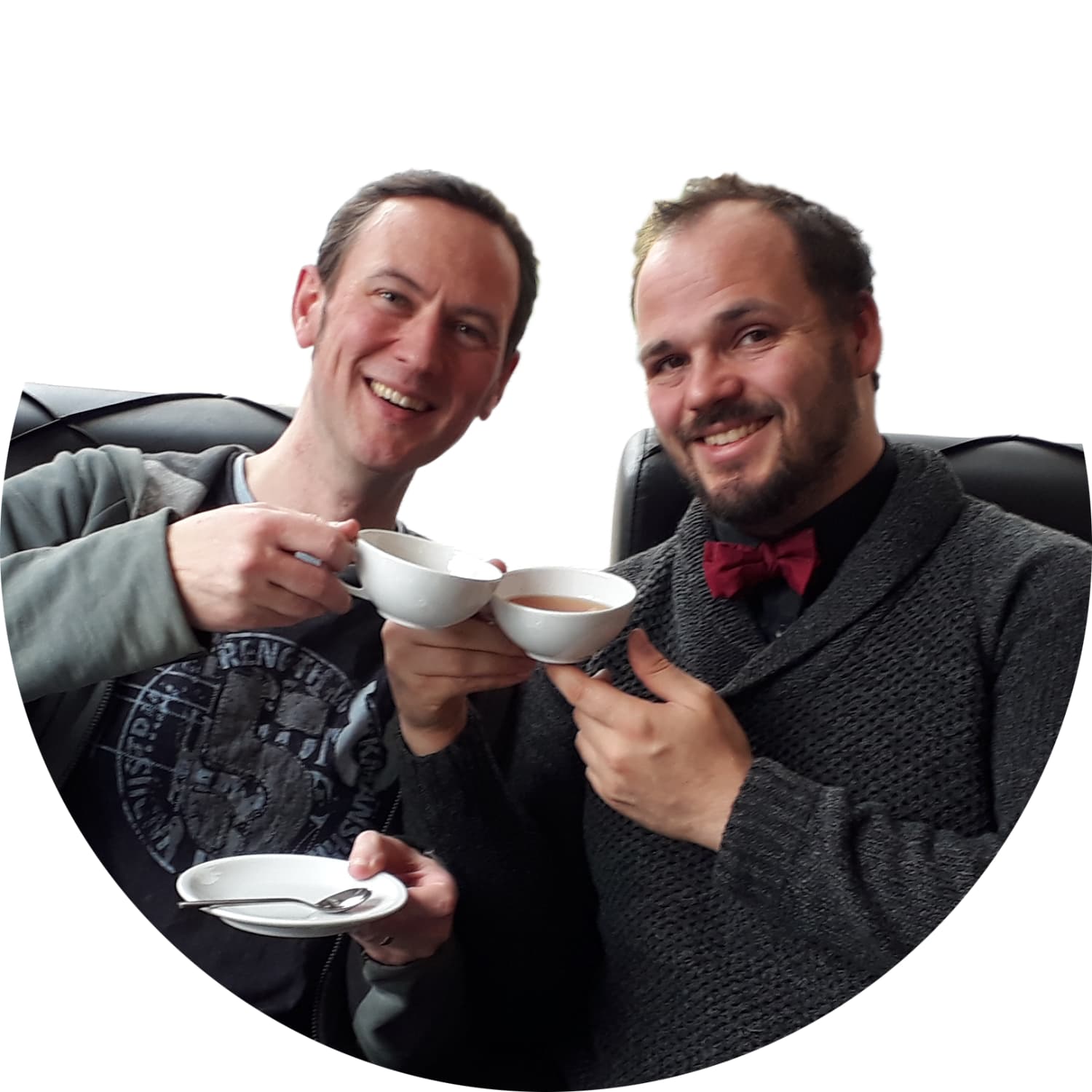